Mary-Jess Leaverland has experienced a unique initiation into the recording industry. Having flown to China in mere hopes of a better understanding of the Mandarin language she came back with a golden ticket to a major record deal after winning China's answer to the X-Factor with an audience of 70 million people. Mary-Jess tells Classical-Crossover.co.uk her story and about her Eastern flavoured debut album Shine.

Where has the passion for music come from?
It came from my family; my grandmother was a semi-professional classical singer and my mother has a very powerful rock, pop and country voice. It was wonderful growing up in a house where one would start singing and another would jump in with a harmony. It was my grandmother who really started my love of singing because she got me my first audition with the Gloucester Cathedral Youth Choir when I was nine years old, and I have been singing ever since.

You have a fantastic story as to how you were signed to a major record label, can you tell us a bit about that?
That story all started on Monday the 18th of January 2010, the day that my life in China was first published in The Citizen (Gloucestershire’s local news paper). In just five days my life was turned upside down, because by the Friday my story had been in all the national papers, I had met with Decca Records, I’d been on BBC breakfast and I’d recorded a demo CD in Universal’s studio in Kensington for which I sang Tan Dun’s ‘????’ (Yue Guang Ai Ren)'; a video of the recording session is still on Youtube.

But that was just the beginning! I still remember the feeling of being offered a recording contract, that moment when Decca called to give me the news. I was over the moon! Even though whether to go back to University or not was a big decision, it was an easy one. You can always go back to University; you can’t come back to the job opportunity you’ve dreamed about; the opportunity of a life time. The next big decision was which record company to sign to and it was the hardest decision of my life so far. Sony put an offer on the table in February and so to help me decide Universal and Sony sent my Mum and me on a trip to New York! We met the people I would be working with when my music is released over there and began to learn about the American music business. When we came back I met Lucian Grainge and was in the incredibly fortunate position where I was able to ask ‘So what can you do for me?’

Have you been back to China since winning Min Xing Chang Fan Tian?
Yes, I’ve been back twice. The first time was with my boyfriend Rich Parker in 2010. We went over to Shanghai where Rich was invited to take part in the Asian X Games, only ten professional inline vert rollerbladers were invited and he came away in 5th place – the highest placing European! He was invited again this year while I was on tour with Russell Watson and won the Silver Medal and he’s now European Champion! I’m so proud of him! The second time we flew to Beijing to record some native Chinese instruments for Shine. We recorded Chinese flutes, drums, a guzheng, and a Mongolian horse hair fiddle which, when mixed with the Western strings, adds a warm and rich tone unlike any I’d heard before.

What was it about China that appealed to you?
It was the language which first attracted me because it was so interesting. I took Chinese Mandarin as an extra-curricular GCSE and during the course we had the chance to take a trip over there which is where I fell in love with the culture as it is so different to ours. The other reason why China was so appealing to me is that I understood how unrealistic my dream to be a recording artist was so I knew Chinese Mandarin would be a good back-up plan, especially with China’s ever growing economy. My grandmother told me that you need to have more than one string to your bow – and I’m so glad I took her advice! 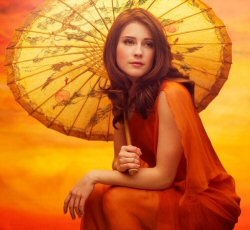 Do you think you'll take your recording career over to China?
Yes, I definitely will. It’s where my career really started so I can’t wait to go back. I’m also looking forward to understanding the way their record industry works as only 3% of China’s record sales are legal. It’s because of this that touring would be a more successful endeavour – another experience I’m really looking forward to.

How well do you speak and write Mandarin?
Unfortunately not as well as I used to as my music has been keeping me incredibly busy, however I’m confident at holding a conversation and could get by happily in day- to-day life situations. As soon as I’m back out there I’m sure a lot will come back to me, but I’m also looking forward to learning more in depth words so that I could hold a conversation about the current economic climate for example, and I hope to be completely fluent in the future.

Your album has obvious Chinese influences throughout both lyrically and musically. Considering that Shine is aimed at a Western audience, why did you take your album in this direction?
For a number of reasons, really. Firstly, China is very close to my heart and I chose to write about my experiences out there, but also we said from the start that we wanted this album to be different and unique and China brings an aspect of the unknown to the music, helping it to push boundaries and open the mind of the listener to new possibilities. However, it is mainly aimed at a Western audience because I am Western. I grew up listening to Western music and it where my main inspiration comes from so it was important to me to get the balance of my life in the music; Western but with a touch of the Orient.

Do you think it's important to integrate different ethnic flavours in Western music?
It was important to me because of my experiences and I feel we’ve managed to combine the two in a new and exciting way, but it really does depend on what the artist wants to achieve and what matters to them. For example, it was important to me to include '???? A Love Before Time' by Tan Dun as it helped me win Min Xing Chang Fan Tian. The lyrics (especially the Chinese lyrics) are so beautiful and it is a really beautiful ballad that I just love to sing.

You co-wrote many of the tracks on this album - which one/s are you most proud of?
That’s such a hard question… can I name all seven tracks?! I'm really proud of all of them, but I'll name four of them in particular. I love how 'Are You the Way Home' represents my time in China, both lyrically and musically, but I also love the influence that my producer, Ross Cullum, had on this track. He produced Enya’s Watermark album and I love how we encouraged that experience to cross over. I'm very proud of 'Glorious' because it was one of the first tracks I co-wrote for the album and it was chosen as the second single! I’m really hoping that it can be used for a Help for Heroes charity event in the future because it was written about our troops and their families. Fingers crossed!

'Stand as One' was used on a Procter and Gamble advert! I sang it at nearly every tour date with Russell Watson – sounds incredible with a full orchestra and choir! Lastly, I absolutely love 'Burning Love'. It took the whole day at Abbey Road where we recorded the string section from the Royal Philharmonic Orchestra and then put it into the song! With the beautiful muted strings at the beginning and then powerful and dramatic playing at the end... every time I listen to it I relive that amazing day! 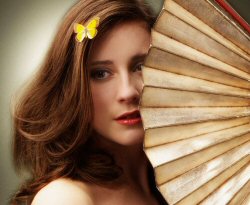 What did it mean to you to have creative input?
It meant everything, especially coming from an X Factor style back ground. I have to be involved in what’s going on, I can’t be a creative song bird just let out of the cage to sing. I’m so grateful that Decca are so encouraging for me to be the artist that I want to be.

Jim Jensen asks: What attracted you, or drove you to the classical crossover genre (if, indeed, you would classify it as such?)
I do agree that it is difficult to place Shine in a genre, however if we call it classical crossover for now, it was that fact that I couldn’t choose the direction in which I wanted to train my voice. I was classically trained for all my singing exams and that side of my voice really came from my grandmother, however I always sang pop and rock songs when I was with my mother and therefore we decided to combine the two ways of singing in to one voice. 'Glorious', for example, uses a more classical style, where as 'Lighthouse of Mine' uses a more popular style, but they are still the same voice.

What type of music do you listen to?
I try to listen to a bit of everything to fuel the imagination; however I have my favourite genres. Film and TV music is really designed to raise emotions in the audience and I love the cinematic, widescreen feel of film music! It was important for me to incorporate both these ideas in to Shine. I listen to classical too, especially Lang Lang, Maria Callas, Russell Watson, Andrea Bocelli, and Hayley Westenra. I also admire the singer/songwriters; I love the raw emotions in this style of music. My favourites are Alanis Morissette, Sheryl Crow, Ellie Goulding and Helen Boulding. I like some eighties rock; I love Bon Jovi! I love the drama of their music! Seen them twice and can't wait to see them again! I also like a bit of rap – especially some of the original Will Smith rap songs! Just everything! But I especially love anything that moves me i.e. really beautiful songs or anything with a bit of drama, like Michael Buble’s 'Cry Me a River'; I love that!

Which direction do you feel that your music will take in the future?
I guess that depends on which direction I go in, I feel as an artist it’s important to write about your experiences because it’s easier to relate to, connect to and be inspired by real feelings – so for now we’ll have to wait and see!

Is there anything else you wish to say to our readers?
Make the most of every opportunity available to you in life and always strive towards your dreams. If you do this, everything you do and every step you take will be moving you one step closer. I lived by this and my dream came true, and I wish you all the best with yours!

Mary-Jess's debut album, Shine, is out now! Visit her website for more information. 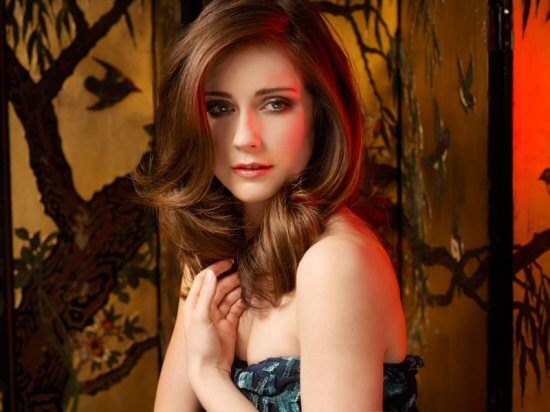