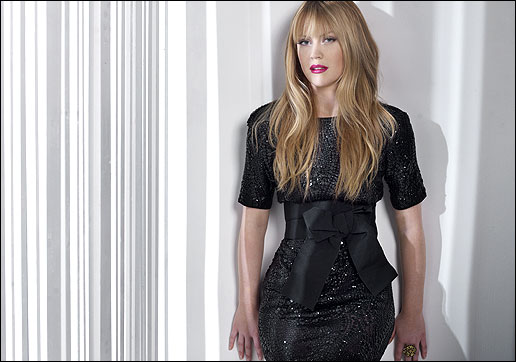 Classical-Crossover.co.uk last spoke to Camilla Kerslake just before the launch of her debut album and we're delighted to be offered the chance to catch up with her. Discovered and signed by Take That star, Gary Barlow, Camilla has been delighting audiences with her pure, self-described "boy soprano" voice. In the short six months that she has been in the public eye, Camilla has already achieved what many classical singers can only dream of in their lifetime, performing in a string of renowned venues and working with some of the UK's most talented and famous crossover artists. Can she pick out any highlights?

She can't be blamed; not only is the Royal Albert Hall the most famous classical venue in the UK, but she also shared the same stage with the likes of Paul Potts, Faryl Smith, All Angels, Rhydian and Escala when she participated in the Classical Response concert at the beginning of this month.

Camilla also sang in front of a 90,000 strong crowd at Wembley Stadium and brought her bell-like soprano into Buckingham Palace and the House of Commons.

'It's amazing, really,' she muses. 'The doors that classical music can open for you is just incredible.'

Indeed. Her classical career means she has had the chance to meet and work with many established artists and she cannot praise her crossover contemporaries enough...

'Faryl and I sing together often unofficially backstage; we've become really good friends. I met Hayley Westenra for the first time last night and she's just adorable! We both come from New Zealand so we had plenty to talk about! I'll be performing with Russell Watson a lot over the summer; we've met before and he is such a nice guy.'

She also lists Il Divo, All Angels, Thomas Spencer-Wortley and Only Men Aloud as artists she has performed with. Despite her constant exposure to the stars, she admits that she still gets star struck every now and again.

'I was fairly star struck when I met Katherine Jenkins, but she was so lovely that I just got over it and treated her like a normal person, which I'm sure is what she wanted!' 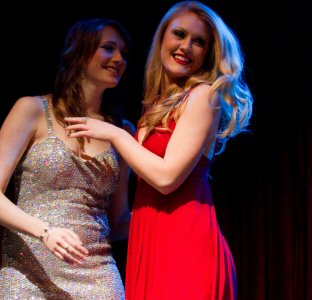 Staying grounded must always be a challenge when you find yourself striking up conversations with the likes of Vince Vaughn in hallways and discussing make-up secrets with Girls Aloud star Nicola Roberts, but Camilla comes across as your average girl next door.

'My parents try toning things down a bit to keep me grounded,' she says. 'But when I'm not around they get very excited about what I'm doing!'

Surely the frantic adoration from all her fans must null all the efforts from Mum and Dad?

'The thing about crossover fans is that they're genuinely nice people,' she says with conviction. 'You're never going to have a brawl outside the Royal Albert Hall, are you?!'

This is just as well, as when we were at the stage door of the Royal Albert Hall after the Classic Response concert, Camilla enthusiastically and patiently spoke to every person that desired to speak to her.

'It's really great,' she says. 'I get people come up to me and say: "I saw you on the TV the other day and I thought you were wonderful!" and it's just so nice to hear. I love chatting to my fans - I have no problem with it at all. They just come over and say their piece. They really respect my privacy and don't monopolise your time like a lot of other fans do.' 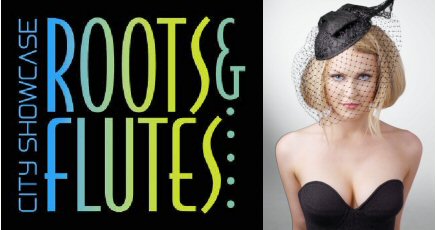 The genuinely nice fans will have another chance to catch up with Camilla on 9 May, as she takes herself to the O2 in London for the first ever Roots & Flutes festival, hosted by the renowned City Showcase group.

'I'm really excited about it,' says Camilla. 'The festival celebrates the diversity of London's musical culture and I think that's something that doesn't often get explored.'

Diverse is correct. Camilla will be accompanied by rising quartet, Raven, but the audience will also be treated to India's Raghu Dixit (the biggest selling Indian non-film musician) and Africa's Mosi Conde and the Guzheng Ensemble. They will be joined by a variety of musicians from different classical traditions of Africa, China, India and Latin America.

'It's bringing different kinds of music to different audiences,' Camilla explains. 'As people that are there to see me will listen to the other acts and then other people will listen to me as well so it's just to broaden everyone's horizons and show people what London as a city has to offer musically.'

As half of Camilla's family are West Indian, the recognition of musical diversity is important to her.

'The evolution of music that we have had just wouldn't be around if it wasn't for all the different music created from people of different ethnicities,' she enthuses.

But that is not the only exciting part of her life at the moment. Merely months after the release of her debut album, she found herself nominated for a Classical Brit for Album of the Year.

'I'm very excited! Gary [Barlow] rung me and told me and I didn't believe him because he takes the mickey out of me all the time! He said "Go and check!" so I did and it was true! It's just mental! I can't quite believe it - I'm the only person nominated that has only had one record out. I'm so the underdog but even to be nominated is an honour. It's just recognition for all the hard work I have put in.'

And her hard work doesn't stop there...

'I'm doing a lot of summer festivals with Russell Watson and going on tour with The Priests. After that, I'll be in the studio to make album two. Hopefully in July and August I will have a bit of down time - it's unlikely, but I'm hopeful!'

The second album is aiming to be released in October, making it her second release in a year. She promises that her album will have the same mystical and romantic qualities as her debut and will have more invigorating material like her rendition of Take That's 'Rule the World'.

'It's an evolution of my music - I started making the first album when I was 19 and I will be 22 when the second album is released so the music is growing as I am but it's the same beautiful relaxing and haunting melodies found in my first album.'

You can vote for Camilla's album for the Classical Brit Award here.