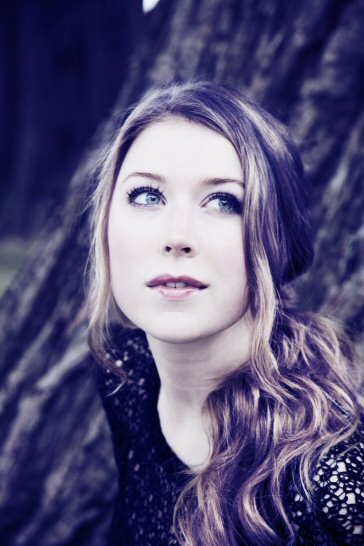 Classical-Crossover.co.uk is delighted to have the chance to catch up with multi-million album selling songbird Hayley Westenra again. She spares us her precious time to fill us in on her upcoming UK tour and her anticipated latest album which she is not allowed to tell us about...

What have you been up to in 2010 so far?
I was in New Zealand until mid-February and then started working on my new album which will be released internationally later on in the year. I've still got to get to the recording studio. Fingers crossed that all will go to plan and I'll have the album out in November.

How is the latest album coming along?
I was supposed to be recording this month but now it's been pushed back to June. I... I... I have to keep it under wraps! [laughs] It's been a while since I last released a proper international album. I'm really excited about the music because ... erm ... [at this point she is really struggling with what to say] I'm... I'm just really excited about it! [laughs] I just hope people will enjoy it once it's all finished!

Which direction are you taking this album? Is it classical or is it something else... ?
I haven't gone rock or anything! It's still very much a Hayley album and I feel it's being true to myself; in terms of the sound, the vibe - I don't think there's any chance that the album will shock anyone! There's a little twist to the album, I guess, that will hopefully please people.

The media has started to refer to you as a singer-songwriter as opposed to a classical artist - does it concern you how you are categorised?
Not really, but it's good that they're acknowledging my song writing. I've been doing a lot of songwriting this year, on my guitar and keyboard - for my album in fact. I'm keen on working on my song writing for other artists too - it's something that appeals to me. I wanted to do it when I was younger but I didn't really have much to write about as I do now! It's wonderful to be able to write songs; it's therapeutic. It's like writing in a diary. It's a great opportunity to clear your head, and you never know, you might end up with a great song that other people can relate to and appreciate.

Whilst we're on the topic, Martin D asks how you go about writing a song?
It varies really. Recently I was co-writing with someone and we arranged a date, went with the idea that we were going to be writing a song, maybe two, maybe three - so it's always a bit of a surprise how a song comes about. But if I'm just writing by myself I'd usually just be doing something like the laundry and suddenly think of a lyric idea and take it up on the piano or guitar. From that lyric I'll get the melody and then the rest of the lyrics after. But I do usually just start with a lyric, maybe just one line and then I'll work from that. I always like to write from real emotions; I think they are the best starting block.

Your upcoming Battle of Britain Anniversary tour abandons your usual classical/folk repertoire. Can you tell us a bit more about the tour and what fans should expect?
It will be mainly with the RAF Central Band but the Regiment Band and College Band will feature for some of the dates. The concerts are going to be commemorating and celebrating the bravery and the sacrifice of young men and women who fought for freedom back in 1940. There'll be a narrator which happens to be Vera Lynn's son in law, RAF Squadron Leader Tom Jones. He's a wonderful guy - I've met him a couple of times - he should be a fantastic narrator - from quoting Churchill to reading out wartime poetry. It won't be a sombre event, it will be celebrating beautiful music from that time which will be played and sung... by me! [laughs]

They should be really special concerts and I'm really hoping for a wide collection of ages; it's really important that young people are reminded of their history and possibly even their family history. I certainly learned a lot more about my family history since my involvement began with the armed forces. My great-uncle was in the Royal Air Force - I don't think he was in the Battle of Britain but I'm sure he knew some of the men that were involved as he joined shortly after. It's really important that we don't forget these men and women who really put their lives on the line for us all. 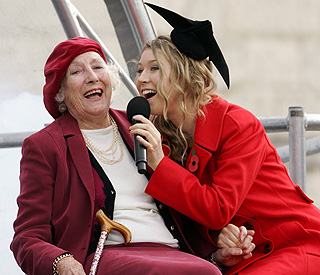 What has inspired your involvement with the troops?
My first involvement was when I was fifteen or sixteen and I was invited to the Festival of Remembrance. At the time it was a huge honour but I didn't know a great deal about my family history. It's a big web of so much information; it's only recently that I started to want to know more about my family history. Dame Vera Lynn has been a real inspiration: when I first met her she had already been really supportive of me and my work with the armed forces; she was really encouraging. Going out to Iraq; that was a real eye-opener for me; seeing men and women my age and sometimes younger in the army. It really brought it home to me just how important it is that we do show our support for them. A lot of them serving out there are pretty distanced from everyone - it's not an easy job; doing what they do.

You are performing in memory of British heroes - having set up home in the UK and considering New Zealand's British connections, do you feel attached to British culture?
I do, yeah! I guess New Zealand has a very strong connection to Britain and now that I have spent so much of my life living in the UK I do feel almost like a honorary Brit. I've been very warmly welcomed here and feel like I belong. New Zealand will always be home for me but I don't feel like I'm being a traitor [laughs] by feeling so much at home here!

As always, Classical-Crossover.co.uk offers fans the opportunity to ask questions:

Kristyn Murphy: You have had a wicked, neat adventure in the music industry thus far, what has been the hardest thing for you and why?
Being away from my friends and family when I am travelling. It's not so bad these days with the internet so easily available. Occasionally, when I am on a long tour, it can get quite hard being so far away from the ones you love. I always get particularly home sick for New Zealand at the end of the year - knowing that I am about to go back home, I always find that difficult, I guess. Since I got my own place in London I feel more settled. It was harder when I was younger and I wasn't able to communicate via laptop to my family and I was a lot younger then too. When I travel these days I make the effort to go out, sight-see and just really appreciate the travelling.

Jillian Commins: Many classical crossover artists such as Katherine Jenkins and Blake have covered recent chart hits such as 'Bring Me To Life' and 'Chasing Cars' in a classical way. What are your thoughts on this?
I think it's cool but I'd personally prefer to do my own original songs, but I do a lot of covers so I can't really say too much! [laughs] But I think it would be great if new songs were written and there be less need to record covers. It happens in the pop industry too; Leona Lewis covered Snow Patrol's 'Run' recently. It happens in every genre of music; I do it as well but I am working towards doing more original material which has always been my dream: make new songs, get them out there. I'm not against doing covers but it'd be good if more crossover artists could put more original songs out there.

Kimberly: In your biography, you listed Josh Groban as an artist you'd like to collaborate with. Does that still stand and is there any possibility of it happening in the near future?
It does still stand! I met him actually for the first time at the Classical Brit Awards a couple of years ago. He was lovely and said he was a fan of my albums. I would love to work with him but often it's small things that prevents these things happening; being on a different record label can get in the way, for example. It's possible, it's not unlikely, but I'd like it to happen. We will just have to wait and see!

Kathy Coleman: Dark Waltz is my favourite songs of yours; how did it make its way on to Pure?
It was one of my favourites as well. It was an original song that was put to me as an option to record. The arranger, Sarah Class, who arranged most of the music on Pure, I believe, if my memory serves me correctly, put the violin solo at the beginning of the piece, so I think it was the original song, coupled with Sarah's arrangement that made me fall in love with it.

Would be lovely for you to sing it live sometime...
Yeah, it's funny, I've been thinking about that lately, but it's just a song that never really made it to the live set, for what reason, I do not know. But it's one of my favourites too, and maybe one day I'll include it in a live set.

As we come to the end of our interview, Hayley apologises for not being able to tell us more about the album, but she has one more hopeful thing to say to her fans:
I'll be doing a pretty international tour next year - that is planned!

Purchase tickets to the Battle of Britain tour at www.hayleywestenra.com 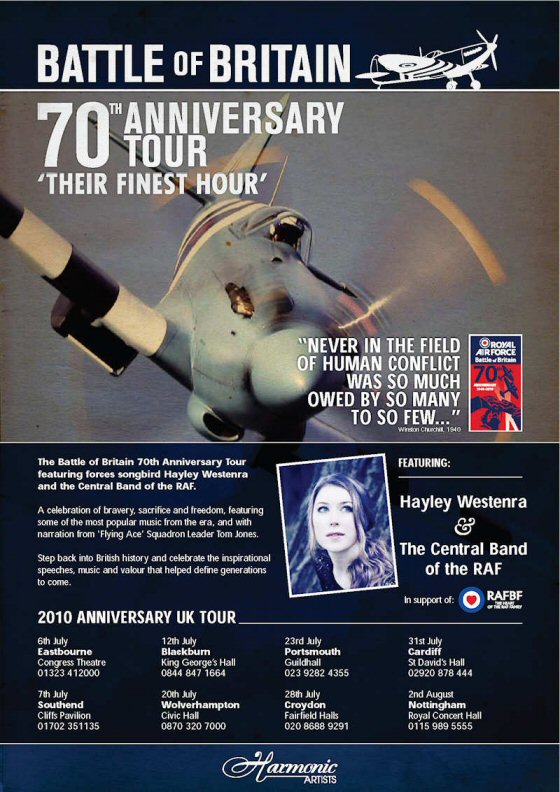