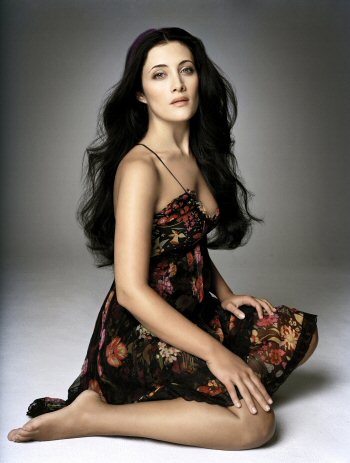 Giorgia Fumanti is a soprano from Italy that has toured the world over, selling over a million albums in Asia, Europe and North America. Having only first discovered her voice at the age of seventeen after auditioning for a choir, she didn't consider singing as a career until after she studied law and worked as a Yoga instructor. 2004 saw the launch of her global recording career, and Giorgia tells us what the past six years have meant to her, how she has grown, and the huge effect that her new baby daughter brings to her life and music.

You have recently finished working on your second international album, due to be released late 2010; how do you feel that your music has grown since your last international album, From My Heart?
I think it has grown a lot, because I grow and it's a natural consequence! Especially as I have become a mum and I believe that this is the best experience I could have! I recorded my new album during the eight months of my pregnancy, so I recorded my voice with my baby inside and I believe that two hearts are stronger than one. I was in a state of pure love and I hope that all this love is in this album so people can feel and share this special moment with me. And a part of that, of course, is the experience of learning that everything means so much more than before. The more you do your work, the more you know where you want to go. It's much more mature than From My Heart even if I love that album.

What can your audience expect from your upcoming album?
There are many, many songs we need to shoot down! (laughs) I was very creative and now we have twenty songs, so we need to cut it down to thirteen! There are many famous songs, from pop, movie themes and a special duet with a great voice. It's for an audience of all ages, all cultures... everybody! It's for anybody that wants to share the magic of music with me.

How involved were you in the album making process?
Actually, in this album, a lot - I was the producer so I was very, very involved. I chose all of the material and followed all the musicians, the arrangements, and the mixing so I am involved more than ever.

Do you prefer performing live or creating an album?
I love both. I really love the idea of recording an album because it's in the quiet of my own time. I don't have the pressure when recording; I can do it at my own pace and it's not about the dress I'm wearing! I love performing live because the audience is in front of you and there's the emotional spark, but I really love recording an album as it really is all about the voice, the music and the message behind it. It's also a moment that you keep for eternity - you record it at a specific time and you'll keep that moment forever and to all people that decide to share that moment with you. You have the privilege to go inside the house of the listeners; to be there in their private place and hour. So it's a big honour for me to record an album and to have the chance to sing in the homes of many, many people. 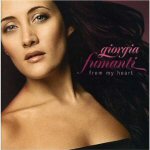 From My Heart and Like A Dream heavily feature work by Ennio Morricone and Vangelis - is film music a big part of your musical inspiration?
Yes, I love film music; I find that the sound created to the beautiful scenery inspiring. The new album takes music from the movies again, as it's moving and I believe it's in the middle between pop and classical. Not totally pop, not totally classical - I feel that film music is what most suits my voice.

Do you listen to other classical crossover artists, and if so, who are among your favourites?
I think we know each other well because we are not too many! There are some beautiful voices, of course - I know many of them: Sarah Brightman, Hayley Westenra, Katherine Jenkins, Josh Groban and Andrea Bocelli and they're all so, so talented. I believe all of them are good workers; we all work a lot because we came from a classical background (or at least a little bit), but we are trying for a large audience, because I think that's what we feel inside. I have lots of respect for other crossover artists. I hope I have the chance to sing with as many of them as I can so we can put our voices together which I believe could be very beautiful.

Do you think classical crossover music helps or harms pure classical music?
I think that it's time to respect everything and everybody. If people do music let's respect the people. I'm a person that loves freedom and respect - I believe it's necessary to respect the art no matter the classification - I'm very free in the choice of music and I'm very free in my view of life. Everybody has the right to express how they feel if it's something that doesn't hurt other people. I just see a beautiful expression of heart no matter what the style is. The important thing is that it is something true and beautiful from inside. 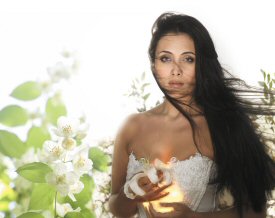 You were an exceptionally shy teenager - how did you come out of your shell?
I work very hard. Very hard! Not so much for my voice, which, of course, is important, but it's more important to work on myself; to trust myself. Even though I was shy, I knew inside of me, and I believe inside of everybody, there's a power that is very natural - the power to be ourselves. It seems to be the biggest thing, to not put on the mask and to try empowering myself inside. It was a long journey and I'm still working on it. I believe that everybody has a diamond inside, and they need to clean this diamond to let it shine. So a lot of work, dedication and a lot of prayer to my soul; to find the courage to express myself and go on stage in front of thousands of people and just be myself but I am always emotional and a little bit scared. It is the biggest challenge though a beautiful one. I found this voice when I was seventeen, I never knew I wanted to be a singer before so it was kind of a beautiful shock from inside that I had this desire to go forward and give my personality the chance to shine. It was a balance between the two - the desire to be on stage and the quiet and shy part of me.

You have travelled the world and released your albums in a wide variety of countries. How do you feel that experiencing so many places has affected you as a person and musician?
I love to travel. It's a wonderful gift. From 2004 we started to travel, especially around Asia and I learned a lot. I always love to sing for Asian people as I've always felt very connected and not judged by them. It was a great challenge, because as soon as I came out of Italy, I was free, and I realised that, wow, the world is so beautiful and so big and we are so many in the world but we are so close to each other - different shapes and features but inside the heart so, so similar. It's wonderful to experience this feeling of union. It's beautiful to have the chance to go all over world and seeing and meeting different people. My baby has already took to the planes - she's a year old in two weeks and already she has travelled three continents; I think it's a wonderful experience for a baby to be open to the differences and to be amazed at all of the beauty there is in the world.

Janett Monteverde would like to know who is the most influential person in your life?
Right now, as a new mother, definitely my baby. Even if she's only a year old she's teaching me a lot. From the moment she arrived in my life, my vision of life really changed. I've learned so much and am so grateful for every second. Before I was always searching for the next concert or next performance. Of course, my parents, they taught me a lot, but right now, it's really my baby. Even though she's so small, she's a great teacher: she's teaching me the power of the now and the beauty of every second. She's so joyful; I learn from her that the universe delivers such joy in a natural state. I was always thinking about the future - do I deserve this, do I deserve that? When I see her, she is just pure and full of life. It's up to me to help her to stay pure and beautiful - so she's my biggest influence.

To find more information on Giorgia Fumanti, check her out her official website at www.giorgiafumanti.com. Her first international album can be purchased at iTunes. 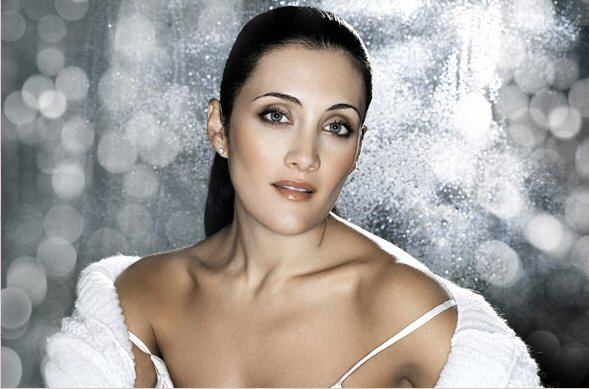